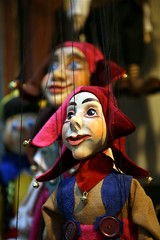 The iPhone developers were walking around the office yesterday with smiles on their faces. Not only was it Friday but news spread that the iOS terms of service drama was over. In case you missed it, Apple reversed course on the decision to force developers into using Xcode/Objective-C. They issued a press release that outlined new terms that allow developers to:

On the third point however, the new terms reinforced the need for developers to respect user privacy.

The news terms specify that mobile applications must ask users for permission before collecting personal and device data. However, device data cannot be sent to third party providers. In essence, Apple is trying to prevent these mobile analytics software providers from leaking news of a upcoming device like they did in the past (see Flurry and the iPad).

Why the sudden change of heart?

Clearly, Apple needed to change things up. While some speculated that the projected growth of Google’s Android mobile platform forced Apple’s hand, this idea goes against the view of Steve Jobs who has always favored catering to a small, loyal crowd vs. worrying about the masses (see Doc Searls on Steve Jobs). While Apple could have forced Developers to jump through hoops to use third party solutions vs. Xcode, Apple did not want to entertain another cat and mouse game as they have with the developers that are constantly jail-breaking their iPhones. Instead, Apple shifted the focus back to the art of usability, content and design that the third party development platforms have to support. In fact, Apple provided a set of high-level guidelines that specified:

This may be a solid strategy to encourage developers to port quality apps from Android to the iPhone platform but it will work only if these development environments don’t impose additional limitations on the developer.

Checking in at Facebook Places via SCVNGR, Yelp results in data duplication

When Facebook announced check-in service Places almost two weeks ago, they also extended the Graph API to allow developers to...